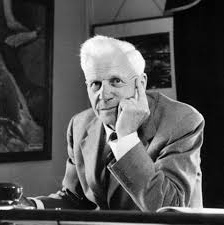 Sir Barnes Neville Wallis was born on 26th September 1887, and died on 30th October 1979. He is well known for inventing the “bouncing bomb”, but is less well known for his work on heavy bombs that were equally successful for other strategic targets.

The bouncing bomb, codenamed “Upkeep”, destroyed the Eder, Mohne and Sorpe dams in the Ruhr valley. The targets were selected because a breach in the dam would release large quantities of water damaging manufacturing plants and cutting water supplies. The raid on these dams in May 1943 by the RAF, 617 Squadron was immortalised in the 1955 film starring Richard Todd and Sir Michael Redgrave.

A smaller development of “Upkeep”, called “Highball” was proposed for use by the Fleet Air Arm but was ultimately developed as an RAF weapon for use against various targets, including Tirpitz. In October 1943 “Highball” was tested by a Mosquito from RAF Coastal Command Development Unit based at RAF Angle against the Maenclochog Railway Tunnel.

After the bouncing bomb, Sir Barnes Wallis went on to develop large bombs to destroy well protected targets such as the V2 bunkers and the V3 or “London” gun emplacements in Northern France close to the Straits of Dover and intended to target London.

These larger bombs were known collectively as earthquake bombs and came in two sizes, the 5 ton “Tallboy.‘ and 10 ton “Grand Slam”. These bombs were designed to penetrate deep underground before exploding causing significant earthquake damage to underground installations and the foundations of other large structures which often meant that the remaining structure had to be demolished before it could be repaired causing more work for the enemy.